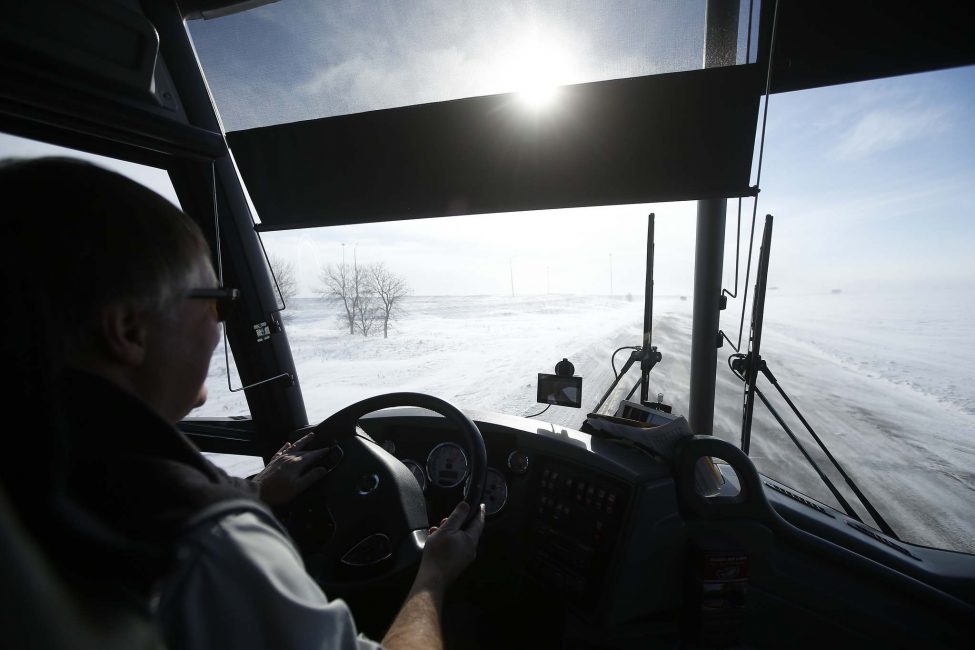 Driving in the shadow of Humboldt

Highway closures, treacherous conditions all in a day’s work for bus drivers ferrying junior hockey teams across the province.

Roger Hamelin wriggles his nose to steady his glasses as his eyes dart up the day’s schedule, which he smooths out on a table in the break room at the Beaver Bus Lines depot in St. Boniface.

He is booked for an hour’s drive to Steinbach, where at 11 a.m., he’ll pick up the Pistons, the reigning champions of the Manitoba Junior Hockey League, then stop in Neepawa for lunch before arriving in Waywayseecappo with time to spare before the team’s 6 o’clock faceoff against the Wolverines.